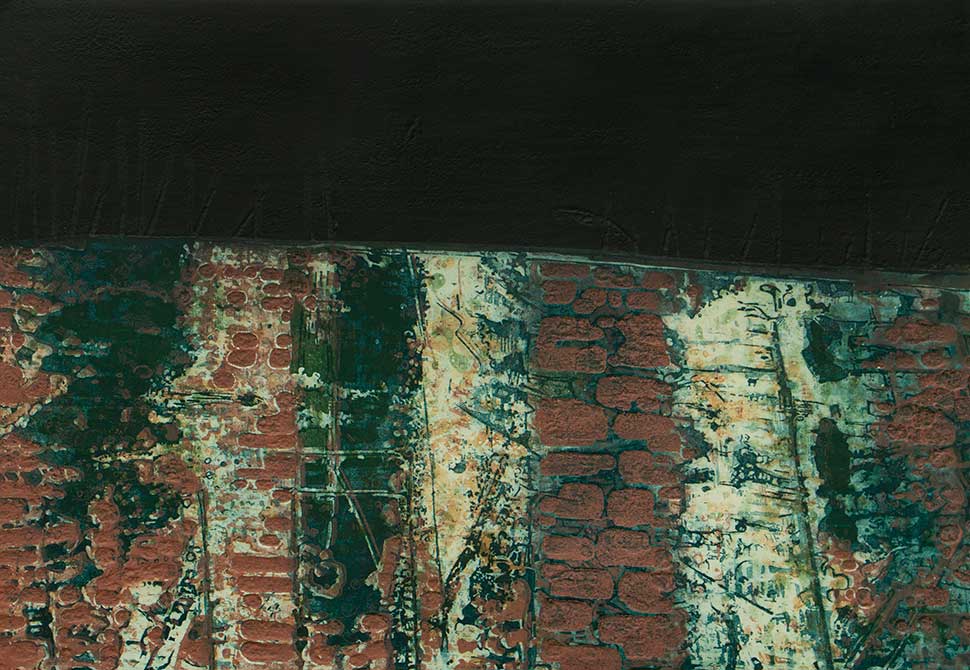 Ragnarök, a brooding and dramatic image of a landscape in the wilderness. There is some rebirth form the decay after deforestation. Carborundum tracks across the surface render and synthesise the the tracks of some heavy plant (forestry machinery) that has been at work on this land. It is the outcome of some battle between nature and mankind, a battle of wills of one trying to dominate the other, a Götterdämmerung of sorts. 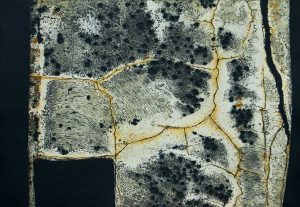 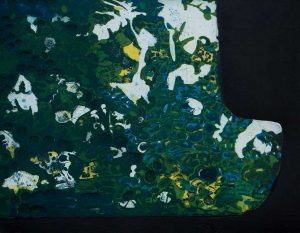 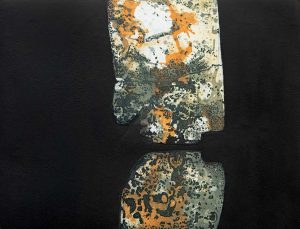 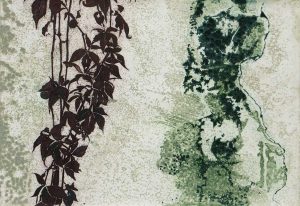 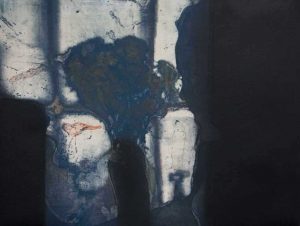 She Appears on Stage 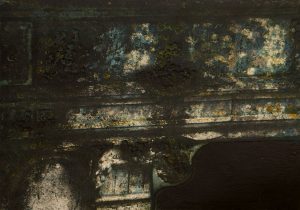